The National Biodiesel Board Fair Trade Coalition has filed a new allegation with the US Department of Commerce claiming that “critical circumstances” exist regarding biodiesel imports to the US from Argentina.

In US antidumping and countervailing duties laws, “critical circumstances” provision allows for the imposition of duties on imports prior to preliminary determinations of subsidisation and dumping. Critical circumstances protections can provide relief from a surge in shipments, in the form of retroactive duties. The protections exist to deter importers from stockpiling and circumventing the antidumping and countervailing duty laws by making huge shipments in the time immediately after the issuing of a petition, but before relief is imposed.

NBB’s latest petition alleges that all criteria for critical circumstances have been met.

In March 2017, NBB filed an anti-dumping and countervailing duty petition with the US government, calling for an investigation into biodiesel imports from Argentina and Indonesia. In May, NBB testified before Congress on the damage being done by imports from Indonesia. In late June, NBB announced it was considering legal action against Argentina after finding evidence that 75 million gallons of biodiesel were set to ‘flood’ US ports.

In a recent press release, NBB says that imports of biodiesel from Argentina have jumped 114.5% since the filing of the antidumping and countervailing duty petitions.

“Our industry deserves relief. The law provides a remedy for U.S. industries harmed by illegal trade practices of this nature, and so we are taking the appropriate steps to ensure these unlawful actions are addressed,” said Anne Steckel, vice president of federal affairs at NBB. “Our producers should not continue to be pushed aside by increased volumes of subsidized and dumped imports.”

“When we see biodiesel from Argentina selling at a discount to the market price of soyoil—the main input into biodiesel—we know we are facing dumped pricing,” said Paul Soanes, CEO and President of Renewable Biofuels (RBF). “The United States is a key market for these exporters, and without a remedy, these unfairly traded imports are likely to continue unabated. That is a further threat to our business.

In a statement, NBB highlighted how the alleged unfair practices from Argentina were harming the US biodiesel industry, leading to a drop in investments.

“We have halted several plant modification projects as a result of reduced working capital, even for modest projects,” said Robert Morton, co-founder of Newport Biodiesel in Rhode Island.

Recently, Gonzalo Ramirez Martiarena, CEO of commodity trader Dreyfus, told Reuters that he was “confident” Argentina would prevail in what he labelled an “unjust” dumping case brought against the country’s biodiesel industry.

“Argentina does not sell biodiesel below cost. There is no dumping,” Ramirez Martiarena said. 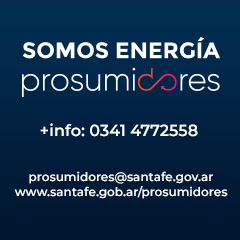