#Biodiesel A #Glencore ship unloads grain. Glencore wants to grow in the agriculture sector.US grains trader #Bunge has given a cool response to takeover interest from Glencore, as investors in the Swiss company expressed concern it may have to slash its special dividend to get a deal done.

The FTSE 100 mining giant admitted last night it had made an “informal” approach regarding “a possible consensual business combination» with Bunge, but warned that no deal may be forthcoming.

Bunge, based in White Plains, New York, said it was not engaged in any talks with Glencore or its subsidiary Glencore Agriculture, which initiated the approach. «Bunge is committed to continuing to execute its global agri-foods strategy and pursuing opportunities for driving growth and value creation,” the company said in a statement.

Glencore’s approach was confirmed after reports in the US media, and comes in the same week as AGMs for both companies.

The mining group’s chief executive, Ivan Glasenberg, did not address the Bunge matter directly at the company’s AGM in Cham, Switzerland, but said that Glencore was still committed to agriculture, despite selling off half its agri business to a pair of Canadian pension funds last year.

“Agriculture has always been a big part of our strategy,” Mr Glasenberg told investors.

“We sold 50pc of the business… That structure will be used to continue growing our agriculture business. Hopefully we’ll get bigger in the future.”

Mr Glasenberg has said in the past he would like to own more infrastructure in the agriculture sector as well as grow Glencore’s presence in the US and South America.

A tie-up with Bunge would appear to tick those boxes, giving Glencore access to its network of trucks, barges and elevators, as well as its large asset base in Brazil; it would make Glencore a leading player in the US agriculture sector.

Bunge is a major trader of oilseeds and grains that traces its roots back to the Netherlands in 1818. Its shares in New York, which slumped after a poor trading update in April, surged on news of the approach, giving it a market cap of $11.5bn, but some analysts said Glencore would have to table an offer closer to $15bn. Its AGM is on Thursday.

Glencore’s shares in London were little changed at 291p as investors considered how it would fund any such deal.

The miner’s balance sheet is much improved after it took emergency measures in 2015 to shave $10bn off its debt pile. In February, Mr Glasenberg hinted that Glencore’s cashflow was now so strong it might be able to pay out up to $20bn in a special dividend later this year.

Analysts at Barclays suggested that Glencore would have to stump up around $6.6bn in cash to pull off a merger between Glencore Agriculture and Bunge. “As such this could reduce the probability of special dividends in our view,” they said.

Tyler Broda, analyst at RBC, said that a merger with Bunge was an “interesting option” as the grains sector looked ripe for consolidation, but warned that “perceptions around reduced special dividends” might hit Glencore shares. 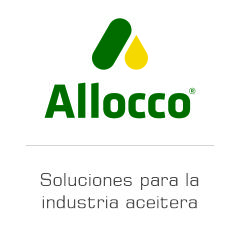 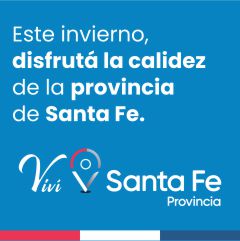