#Gum leaves could fuel the world’s airplanes in the near future.Paramount Pictures.Tom Cruise’s character Maverick gives a thumbs up to #eucalyptus.

Australian gum leaves may be a source of food for koalas, but they can also be turned into a low-carbon, renewable jet engine fuel.

The highly scented oil from eucalypts, known colloquially as gum trees, have antiseptic properties but #Australian National #University researcher Carsten Kulheim said they were also rich in compounds stronger than those found in #ethanol #fuels.

“Renewable #ethanol and #biodiesel might be okay for the family SUV, but they just don’t have a high enough energy density to be used in the #aviation #industry,” Kulheim said.

“Eucalyptus oils contains compounds called monoterpenes that can be converted into a very high energy fuel, and this high energy fuel can actually fly jets and even tactical missiles.”

Co researcher David Kainer said eucalyptus was currently capable of producing five percent of the world’s demand but a new study underway sought to boost its capability and bring down the price of production.

“We can double, perhaps even triple, the yield that we can get per hectare to make a bigger dent in the aviation fuel industry,” Kainer said.

“We’re looking for species that have the right type of oil and in addition to that, since the oil is in the leaves, they need to grow a lot of leaves in a short amount of time.”

David Klainer and Carsten Kulheim are working on making a top gum fuel.

Currently, eucalyptus-derived fuel is much more expensive than fossil fuels to make on a mass scale, but produces significantly less net carbon emissions, making it more desirable in a carbon-taxed economy.

“It has minimal ecological impact,” Kainer said. “We can plant these trees on marginal lands that have low rainfall, and we can also plant them in agricultural systems that have salinity problems and help them defeat that problem.” 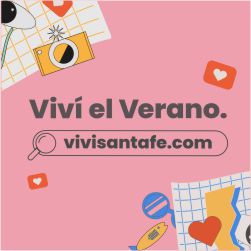